Battles have been anything but a conventional band. As result of their constant forward momentum, musically and conceptually, BTTLS albums have placed them among the most innovative of Warp Records’ roster. Battles’ yet to be announced third album is their most future-leaning yet, a new piece in an un-planned trilogy that began with Battles as a four-piece on Mirrored, continued with a bold leap into collaboration on Gloss Drop and now culminates in John Stanier, Dave Konopka and Ian Williams pushing the sonic limits of how conventional instruments and electronics meld.

Battles started up playing Warp25 in Krakow, Poland, last September, showing off raw iterations of new music from the first time. With ever increasing waves of middling electronic producers vying for attention, Battles stand out on their own more than ever as THE band that can unite techno lovers, progressive rock aficionados and experimental enthusiasts of all stripes. 2015 is going to be their year. 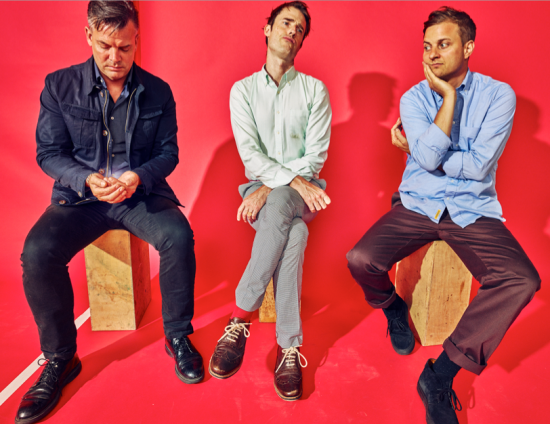