As producers, DJs, label founders and avid record collectors, the London-based / Belfast-born duo Matt McBriar and Andy Ferguson (aka Bicep) have become two of the most trusted curators of electronic music in the past decade. Newly signed to Ninja Tune, 2017 sees them poised to make their most concise, articulate and daring musical statement yet, with the release of their debut self-titled album.

Fittingly, the record encapsulates all that the duo have come to pioneer over their ten year career: it is the distillation of myriad influences and inspirations, a richly textured trip that channels the freeform experimentalism of early 90s IDM and renovates the house music blueprint. Furthermore, it succeeds in balancing club music with home listening, just as Matt and Andy have succeeded in breaking into the mainstream whilst remaining true to their underground roots.

Born and raised in Belfast, Matt and Andy were steadfast childhood friends. Releasing on Ninja Tune is a natural fit for the pair, whose musical upbringings were decidedly eclectic. “I was into Slayer,” laughs Matt. “My parents listened to Tangerine Dream and Van Morrison and weird world music.” Andy’s side leaned more towards rock: “My dad was in bands. He was friends with Rory Gallagher and they lived in the same area” he says. “Through my early years I started listening to local stuff like Rudi, Undertones and Stiff Little Fingers. I then moved onto the likes of Joy Division and Depeche Mode through listening to John Peel.”

Despite this keen musicality at home, they discovered in their teenage years how resistant their city was to the sounds that they were falling for. “When we were younger, ‘dance music’ was very much a dirty word in Belfast,” says Matt. “Even following a direction in art was frowned upon.” Early solace was found in radio rips of Tim Sweeney’s early Beats In Space shows – “Our friend’s brother in New York used to record them to CD and bring them back and we’d all sit around and listen” – and pilgrimages to a club called Shine, where The Chemical Brothers, Dave Clarke and Underground Resistance would play. “We were sneaking in with tennis balls in our shoes to give us a couple more inches,” Matt recalls. “We were cut off from the UK, and the UK is cut off from Europe. People wore a certain type of jeans and had a certain haircut. Shine was one of the few things that felt different. Punks, goths, chavs were all there. It was such a mad mix.” This radically open-minded fusion of style and sound would inform the pair’s relentless digging, DJ sets and productions for years to come.

Parting ways after school – Andy went to study chemical engineering in Manchester, Matt to study design in Newcastle and later take up work in Dubai – but neither found a club as consistent as Shine on their travels. Turning to each other to fill the void, they shrewdly selected tracks for DJ sets, refined their art and design skills and sharpened their production chops over time. Initially DJing individually as Feel My Bicep in Europe and Asia, they reunited in London and “have been making music every day since.” The dedication has paid off, learning intricately layered self-editing techniques on analogue equipment to achieve a uniquely organic sound with a microscopic attention to detail. The album format is the first opportunity they’ve had to showcase their human sonic signature in full.

Reflecting on their early years, Matt says: “There was a real competition amongst our friends to find the rarest bomb in music. It was a never-ending hunt that led to the blog”. Their geographic isolation and friendly one-upmanship proved itself a strong platform for their Feel My Bicep blog, the go-to site for the best lost and forgotten 80s synth, house, techno, Italo disco, jungle, funk and more attracting over 100,000 visitors per month. Its popularity speaks volumes about the duo’s ability to traverse time and genre indiscriminately, expressing their passion and broad knowledge of music while connecting a worldwide community in the process.

Having built a sterling rep as curators, it was only a matter of time before the duo stepped up as producers. Cutting their production teeth with releases on Throne Of Blood, Traveller Records, Mystery Meat and Love Fever, Will Saul then snapped up the duo for a string of releases on his Aus Music imprint, including the now certified classic “Just EP” bearing the dazzling and ubiquitous title track that became the undisputed club track of 2015 and earned Bicep both Mixmag and DJ Mag’s ‘Track of the Year’. The duo have also collaborated with another groundbreaking UK duo – Simian Mobile Disco – and remixed for the likes of Disclosure, Blood Orange and 808 State.

As label heads, their Feel My Bicep imprint has served as an outlet for some of their most warmly received original productions and remixes (and further releases from hotly-tipped peers too). Beyond its musical output, the logo created by designer Matt – a reference to their love for Italo disco – has become one of the most iconic logos in underground music and is synonymous with the duo’s legendary annual “Italo Disco” parties.

Touring the world over, curating and selling out a long list of Feel My Bicep parties (including Manchester’s Warehouse Project and a 12-week residency at London’s XOYO), their formidable DJ efforts snagged them the #8 ranking in Resident Advisor’s “Top 100 DJs” 2016 poll. Then in 2016 they built and tested a roof-raising live show – a powerful counterpoint to their much loved DJ sets that not only highlights the breadth and depth of the Bicep discography, brings to the fore both their skilful production and formidable engineering chops, but again reinforces their genius curatorial flair. They debuted it at Moogfest, with further live plays reviewed enthusiastically (including at London’s Village Underground which sold out in 3 minutes). 2017 sees them embarking on an extensive live world tour, including festival plays at Coachella, Glastonbury, Primavera Sound, Melt, Dekmantel, Lovebox and Parklife, where they will run their own stage. 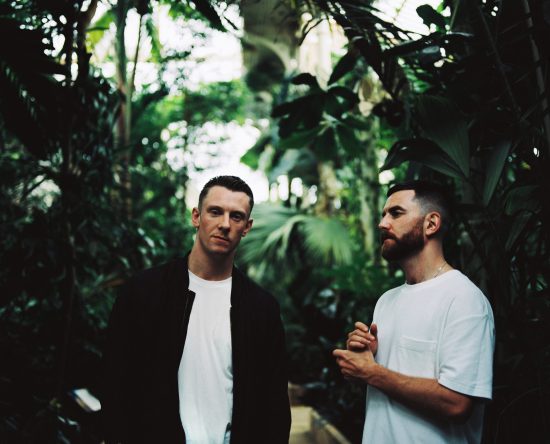