Big Scary is an Australian musical duo formed in Melbourne in 2006, by Tom Iansek and Jo Syme. What began as a few rainy day acoustic ballads in their first incarnation soon grew into an all-encompassing, genre-defying sound. Before long, the newly named Big Scary were writing anything they pleased—fuzzed-out garage rock; piano-led pop; intricate, pastoral instrumentals—each imbued with an effortless pop sensibility and lightness of touch that has quickly attracted a strong following for this duo. Their acclaimed sophomore album ‘Not Art’ is being released in March 2014 via Barsuk Records and got them an ARIA nomination for Best New Artist in Australia in 2013. 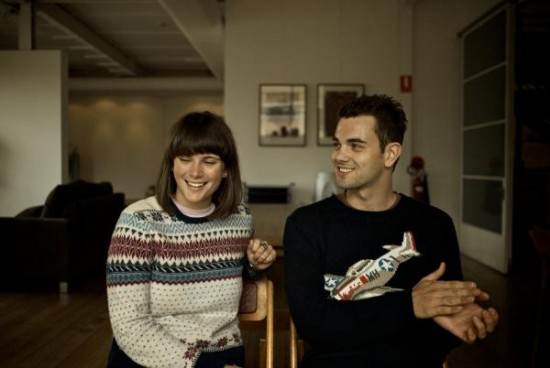