Stuart Howard, known to most as the longstanding and always-innovative Brainfeeder producer Lapalux, has experienced the kind of musical career that has the ability to leave individuals scratching their heads in equal parts wonder and admiration. After sending a simple spec email to Brainfeeder label owner and electronic music titan Flying Lotus back in 2010, Lapalux was quickly signed to the cult label where he released a stream of esteemed EPs and remixes for the likes of Bonobo, Andreya Triana, and Lianne La Havas amongst others, before his debut LP “Nostalchic” dropped in 2011.

The wide recognition Lapalux received early in his career easily attests to his abilities as a producer and artist on the vanguard of electronica, however this whirlwind success wasn’t merely attained in the short year between his chance email and the achievements that followed. On the contrary, Lapalux began making music as a youngster living in Essex, where he picked up his first guitar at the age 11 and, as with much of the technique embodied in his music, took an unorthodox approach to music-making. Rather than simple strumming he began to manipulate, reverse, overdub, and subsequently record the sounds into an old computer his mother had bought. Thus marked a moment of instinct and ingenuity that would continue to delineate his sound.

For Lapalux, whose layered synths and explicit drum patterns can convey a message of strict precision, his process is actually one distinguished by intuition and improvisation, a method that’s boded well in his endeavours scoring films and performance art pieces in his current home of London. Most recently, he composed the soundscape for ‘ABSENT’, a performance art piece presented by dreamthinkspeak in conjunction with the film festival LIFT, and later scored a piece for an art performance entitled ‘Depart’ presented by the same organization. Set in a cemetery in East London, performers moved through Lapalux’s melancholic and decaying soundtrack, which would later become the impetus for his third full-length “Ruinism”.

In addition waves Lapalux has made in the art world, his extensive touring history and sets at venerated festivals like Sonar and Field Day have garnered the attention of both fans and critics on an international scale. Each of his previous albums – “Nostalchic” and “Lustmore” respectively, had sold out album launches and his millions of Spotify streams as well as his plethora of radio mixes have continued to propel his career into a direction that sees no sign of slowing down.

“the most gorgeous instalment in Howard’s gorgeous back catalogue… a collection that is at turns brutal and reassuring, discordant and harmonious” Loud & Quiet

“There’s something about ‘Ruinism’ that sucks you into its world. It’s beauty amid chaos and it’s easy to let your inhibitions go and just fall into it” – The Line Of Best Fit

“Howard cements his reputation as a masterful soundscape artist, often using beats sparingly but without ever robbing his work of momentum or structure. It’s a murky and melancholic affair, but it’s never depressing, and when moments of lightness do occur, they’re all the more poignant.” – Exclaim! 8/10

“Lapalux has succeeded in achieving something genuinely unique…one of the stand-out electronic releases of the year so far.” – Pop Matters 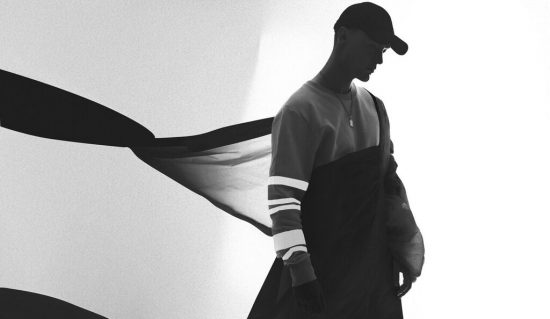