Simian Mobile Disco are an English electronic music duo and production team from London, formed in 2005 by James Ford and Jas Shaw of the band Simian. Musically, they are known for their analogue production. In addition to his work with Simian Mobile Disco, Ford is a producer and has worked with artists such as Florence and the Machine, Peaches, Arctic Monkeys and Klaxons.

Every musician needs to take action to keep themselves fresh from time to time, but they have really gone to extremes this time: they’ve completely abandoned every tool they previously used to make music. The duo have never been ones to follow anyone else’s methods in any case – the title of their last album Unpatterns says it all about their penchant for disruption and reinvention – but for the recording of their new record, Whorl, recorded in Pioneertown, CA (near the Joshua Tree National Park), they’ve started from the ground up and created an entirely new electronic system, and recorded everything entirely live, from scratch. 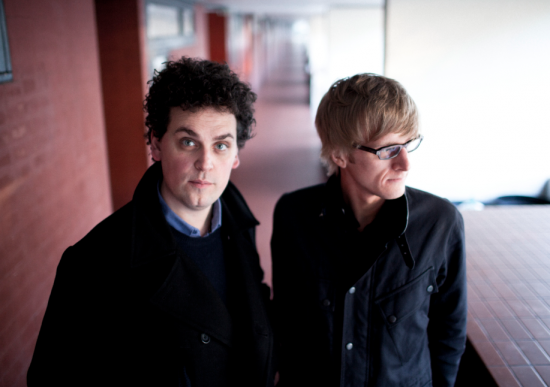