Popular Malaysian singer/songwriter Yuna will be performing in Seoul on December 11, 2016 as part the Asia leg of her “Chapters” tour.

This will be Yuna’s very first performance in Korea. Yuna has worked with a number of artists such as Pharrell Williams and Jhene Aiko, in addition to Usher most recently.

As the only Malaysian to cross over into global pop stardom (and an observant Muslim to boot), Yuna is used to transcending expectations – and she will do so again at the Seoul stop of the Asia leg of her “Chapters” world tour. 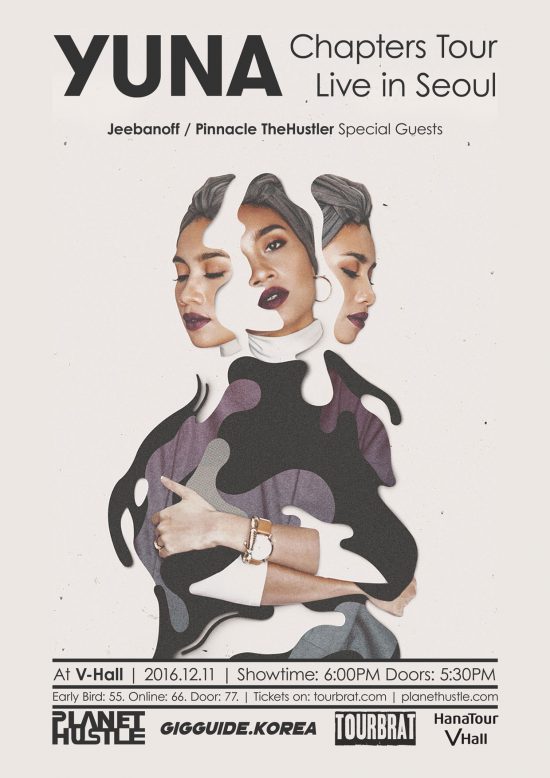