Spanning six shows across six cities in 11 days, aficionados of Blake’s innovative genre-bending productions and his warm heart-tugging tenor will get a chance to experience his mesmerising set in Taipei, Seoul, Shanghai, Beijing, Singapore and Auckland come January 2014.

On the back of his highly acclaimed sophomore album Overgrown released earlier this year, Blake is at the peak of his career redefining the very marrow of electronic music moving beyond his post-dubstep stretches.

The Telegraph hailed Overgrown as “music of emotion and imagination, shifting perspectives in ways that are deliciously intangible, intent on moving the heart rather than the feet” while NME calls it “one of the most nuanced, soothing and adventurous of 2013.”

2014 will see Blake continue that adventure and wherever he goes, the very core of his transcendent music will follow. Asia’s melancholy will rise at an all-time high much to its delight. 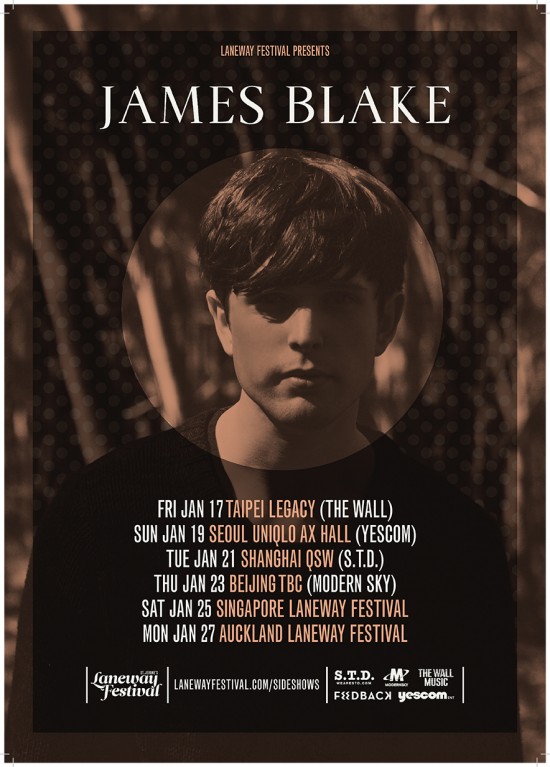