The virtuous Manu Chao and his La Ventura band will be heading to Mumbai to play two back-to-back shows. On October 22 and 23, the French-Spanish singer-songwriter will be performing at the stylish and opulently-designed Blue Frog club.

Chao is a sensation who manages to sing his infectious tunes in no less than seven languages–more if he feels like it–including French, Spanish, English, Italian, Galician, Arabic and Portuguese.

From his early work with the English influenced rockabilly group Hot Pants to his breakthrough with the band Mano Negra, Chao`s sound is mostly characterised by energetic, lively rhythms and a distinct informality which allows the audience to get involved and feel close to his sound and energy.

Tickets are priced at RS$700 (that’s about US$11!), but if you are looking to score free entry to the first show, RSVP here. 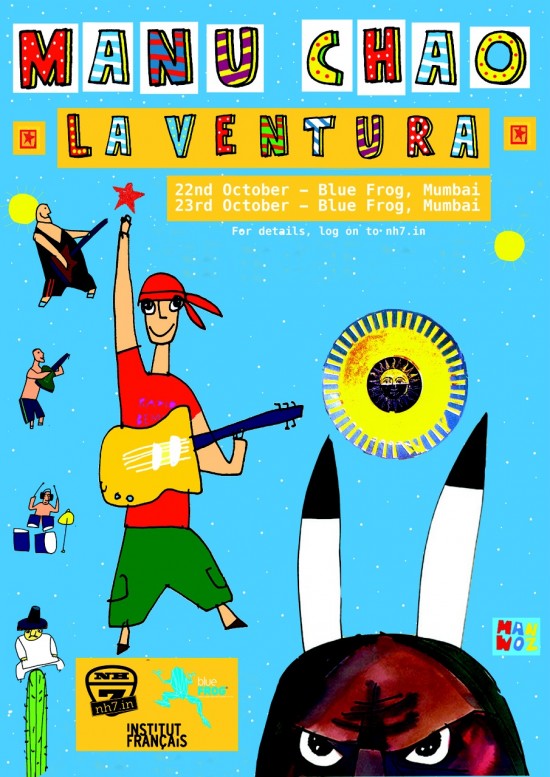