Londoners James Ford and Jas Shaw make up two men and three words: Simian Mobile Disco. Their final moniker comes from thwarted ambition and firm creative agendas, one that (fortunately for us) digressed from a group of four called “Simian” – on a rich indie pop streak – into the group of two that we know today on a rampage for electronic remixes.

Having produced a few electro tracks after Simian’s split, SMD gave themselves a foot in the door doing songs for labels such as Kitsuné and I’m A Cliché. The right place at the right time, one would say. Sleeping in bed with both indie pop and electro camps, their dynamic combination of music really catapulted them into the DJs of choice for both camps of music lovers. Not too long after, they were booked on tours everywhere: giving indie-tech to the hip kids and acid house to the smokers. Everyone smiled. And danced their asses off.

Klaxons’ Jamie Reynolds dotes the two frontmen of SMD on their abilities: they just “make the magic happen…they receive outer-plantery signals through their hair and it come out through their eyes.” They’ve also gone on to produce albums and collaborated with Mystery Jets, Arctic Monkeys, Peaches, and Florence and the Machine. 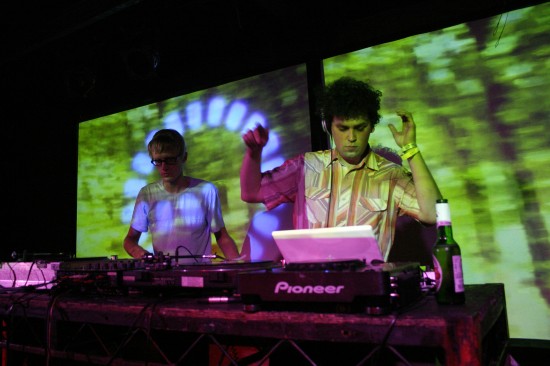