The series debut follows Thundercat (born Stephen Bruner) through rehearsals and performances. In between, he explains his comic book addiction, the origins of his endearing moniker and his musical upbringing as the child of working musicians.

He takes us through the streets of Los Angeles and a range of emotion as he visits Amoeba Records and Meltdown Comics before jamming with bespoke hatmaker Gunner Foxx and conjuring the spirit of his best friend Austin Peralta during a difficult and beautiful performance of “Lotus and the Jondy.”

Watch the video to take a ride through the back streets of Los Angeles with Thundercat and get to know the man behind the rocket fueled arpeggios, feathered headdresses and melting chords in the first episode of Off Main St.. 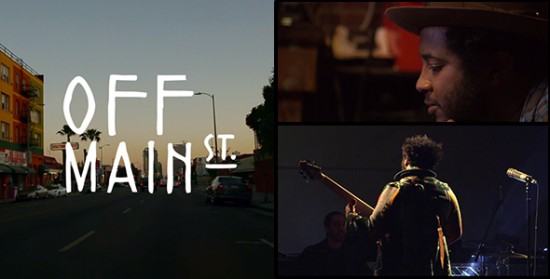